I think I was one of very few students who was genuinely excited to find out that Jesse McCartney would be the Yellowjacket Weekend performer. While my friends said, “I only know the 2004 pop hit ‘Beautiful Soul,’” I (an intellectual who also only knows the 2004 pop hit ‘Beautiful Soul’) felt that Jesse’s performance would be a welcome throwback to the early 2000s and a reminder of my youth, which grows increasingly fleeting as I enter my junior year. An epic throwback to the early 2000s is exactly what we need to remind us of what once was as we “return” from the pandemic.

However, while a traditional Yellowjacket Weekend performance might have been what was needed to welcome the return of our in-person semester, Jesse had other plans.

The opener for Jesse, Lisa Heller, was certainly a more niche sound than I was expecting. Heller performed an hour-long set of original music that the crowd didn’t know too well, with vocals so quiet compared to the band, we weren’t sure if Heller knew the lyrics herself. At the beginning, the crowd was pretty unexcited by her presence. My friends and I tried to start a dance circle to create some energy for her, but it didn’t get off the ground. She finally managed to pump up the crowd with a cover of smash hit “Mr. Brightside.” The energy was high as she ended her set in preparation for Jesse, but it soon died out.

In between sets, the announcer came out and asked if we could “all wait a minute for Jesse.” When the crowd yelled, “No,” she said, “Oh, so you don’t want him at all?”

And reader, during those few minutes, I was worried she actually had sent him home, because the crowd had to wait 30 more minutes for him to come out. I’m no math major, but that felt like a bit more than the “few” minutes the announcer promised. 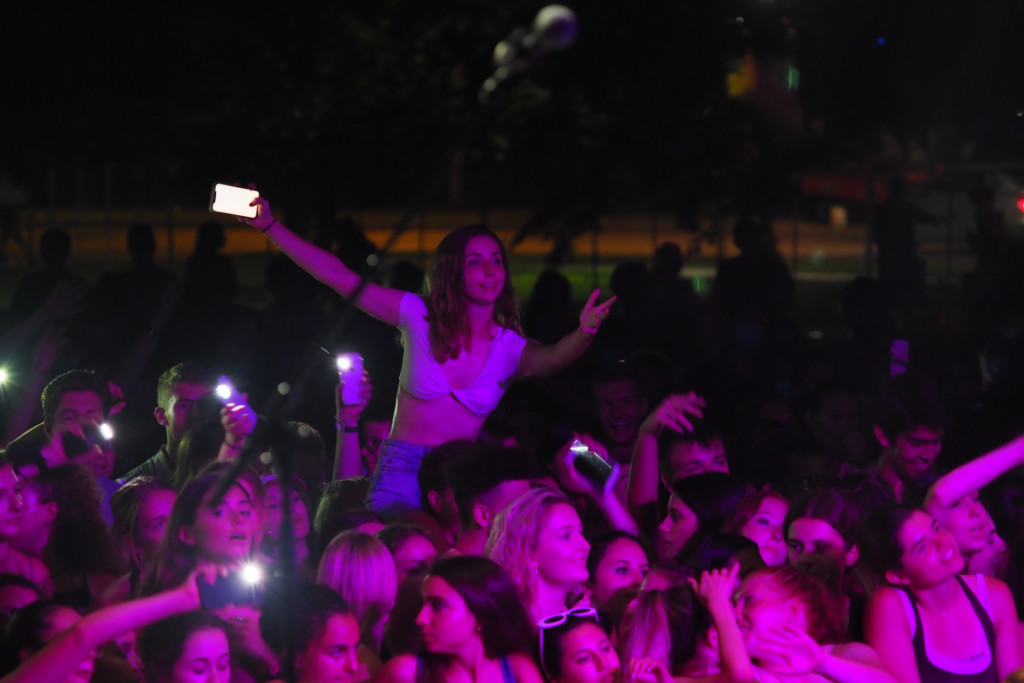 Students stand in the crowd of the Jesse McCartney concert at Yellow Jacket Weekend on August 28th.

Many of my friends described McCartney’s performance as “forgettable.” And after some thinking, I’d have to agree. The crowd only got excited for his two songs that people actually know, “Leavin’” and “Beautiful Soul.” He saved Beautiful Soul for last (as many expected), probably because he knew most people would leave after that song in pursuit of more memorable Saturday night plans. He disappointed the crowd when they chanted for him to take his clothes off but surprised them with a performance of “Bleeding Love,” which he apparently wrote. His most memorable act was probably giving Tin Roof a shoutout and saying he would go there after, although I think that was yet another empty promise. Perhaps he just likes to keep a crowd waiting.

Overall, it was exciting to be back with a sweaty group of people who I knew of but didn’t know well. It was wonderful to experience live music in a crowd, even if it was for a person I’d only ever heard one song from. While Jesse might’ve disappointed those of us who went for nostalgia, the nostalgia of what campus used to be with its many traditions may have been enough for him to get by.

Megan Browne is a member of the Class of 2023.
Greek Life