The night began with families bustling into their seats, anticipating a holiday classic with Clara making her foray into the delectable Kingdom of Sweets accompanied by the Prince.

“The Nutcracker” is a classic holiday tradition for many families and follows the adventures of Clara on Christmas Eve at her family’s party where she receives a toy Nutcracker. The night ends and she goes on to dream of her toy nutcracker who suddenly becomes a prince. The two journey into the Kingdom of Sweets, where they are greeted by the Sugar Plum Fairy and her cohorts, before returning home once again.  It’s a staple ballet performance and a holiday tradition for many families.

The Rochester City Ballet Company worked in collaboration with the Rochester Philharmonic Orchestra to bring back their annual performance of “The Nutcracker” with Pyotr Illyich Tchaikovsky’s score in Kodak Hall in Eastman Theatre on Nov. 23. They performed six times over the course of that weekend to kick off the holiday season.

Tara Simonic was the guest conductor once again for the first performance since Covid without masks. She has conducted for the New York City and San Francisco Ballet companies focusing primarily on conducting ballet functions.

The Bach Children’s Chorus, Rochester’s Music Ensemble for Children, was also invited to participate in the show. This group, including children aged eight to 14, came out to add vocals to Rochester Philharmonic Orchestra’s performance in the wings for multiple compositions. They are a staple in the community and regularly come out to perform in RPO’s production of  “The Nutcracker.”

The three different sets in the show were provided by Sylvia Hanlon and Gordon J. Estey as set designers for the show. The set for the Kingdom of Sweets was gorgeous, present with delectable treats of all kinds and perfect for Mother Ginger’s appearance with her huge skirt taking up the majority of the stage as she toppled from side to side.

Clara, played by Agnieszka Rynkowski, was brilliant in her portrayal of this classic character. However, a highlight of the show was Fritz, Clara’s younger brother played by Kate Shin, who stood out in every scene he was in regardless of whether he was center stage with Clara or battling with the other party children behind the sofa. Kate was able to emulate Fritz’s joyous and whimsical spirit through her antics onstage with the other party children, and that’s what this show is really all about. 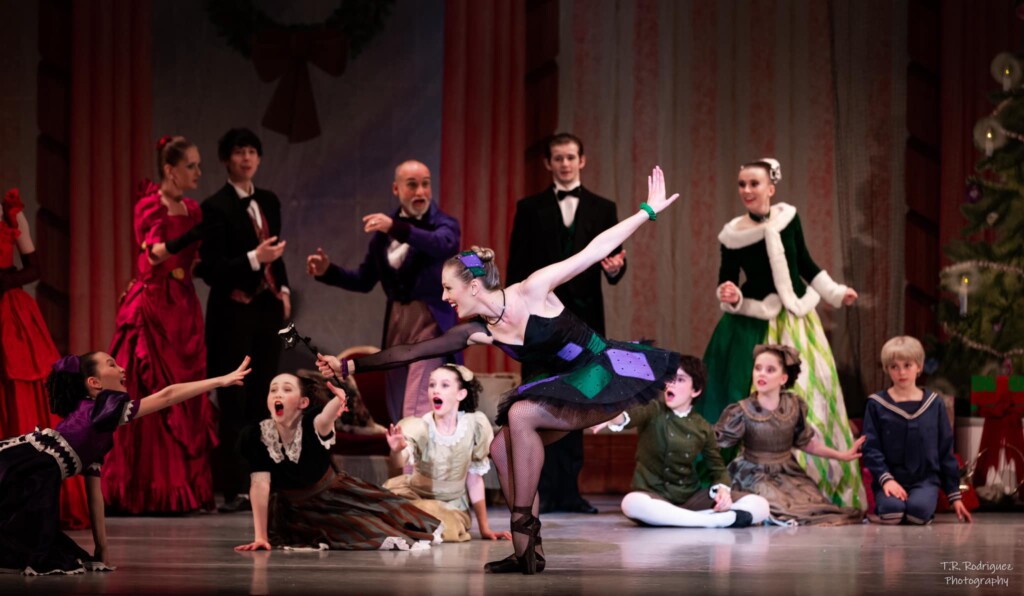 The performance included children as young as five taking center stage. The youngest group of dancers were a fan favorite, coming out to perform only for brief moments, but causing a burst of applause from the audience each time.

This show was a collaborative effort between different organizations in the community. Families were present and dressed up in holiday adjacent attire. During intermission, children ran around reenacting the ballet, emulating the performance they just saw in their own ballet flats.

The magical performance set the stage for the holiday activities provided by the city of Rochester and was a wonderful night. You can catch the Rochester City Ballet perform again at the Fort Hill Performing Arts Center in Canandaigua on Dec. 9 and 11, which includes an inclusive, sensory-friendly performance.