UR’s Springfest tradition, Dandelion Day, or better known by students as D-Day, has improved since last year, according to students.

Sophomore Lucy Keffler, who was interviewed by CT last year, was shocked by the foresight of her quote from last year: “Yeah, can’t wait until next year’s D-Day. Maybe it won’t feel like purgatory with better weather and without a pandemic,” Keffler had said with a wink. “It can only go up from here.”

“Wow, there’s still a pandemic, but man, this D-Day really did go up,” Keffler said in response to her 2021 quote. “For one, the weather was great, which made standing in line for food less like torture. And two, there seems to be more of a community with so many people out in the sun.”

This year, D-Day included a number of activities and festivities, including food trucks like Marty’s Meats, Nancy’s Fried Dough, and Morgan’s Cereal Bar. Activities included glow golf, games, a giveaway, and the beloved carnival rides, and many students were delighted to share their thoughts with the CT.

“It was super fun,” said first-year Jennifer Morrane after going on the swing carousel ride. “This is a great way to celebrate the end of the year, and relax before finals.”

Senior Thomas Bram told the CT in an interview that the best part about being a senior on D-Day was “getting plastered without giving any shits.” According to Bram, “[First] year, I didn’t even go out. I just drank inside with friends. Sophomore year, we know what happened — stupid COVID[-19] — and last year just sucked. Today, though. Today is one to remember.”

D-Day is celebrated for its contribution to campus party culture. However, the one issue that students had was that MERT was not in service for D-Day. Many students had concerns about safety protocols in case of alcohol or other drug poisoning.

Although Medical Amnesty remains in place, the student-run MERT (Medical Emergency Response Team) has been suspended since August of 2021 due to administrative issues. MERT’s Instagram reminded students to call public safety in the event of a medical emergency.

“I don’t understand why the University would pause MERT on the one day that every student gets publicly drunk, and the one day that people drink over their limits the most,” junior Jennifer Franz said. “Emailing precautions for safe drinking is not enough.”

While MERT being on pause was a concern for many students, with individuals across campus reposting about safe drinking habits on social media, getting absolutely hammered was the overarching appeal, outside of the activities and the Rico Nasty concert. 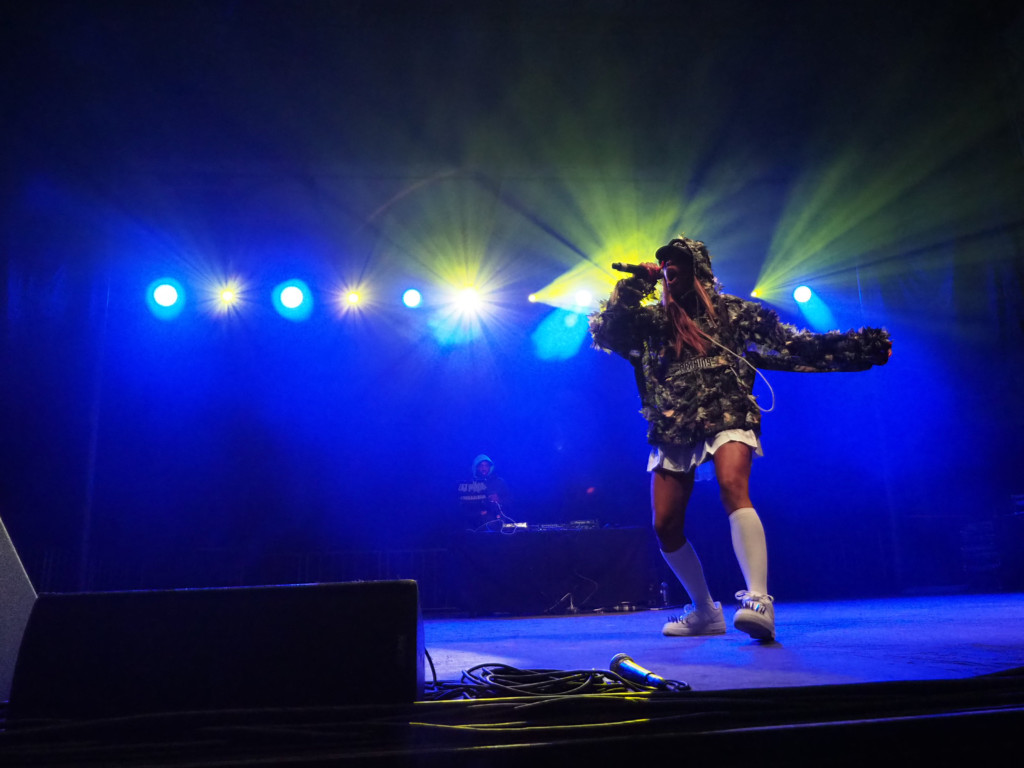 “I was so excited when I heard about Rico Nasty being at the concert! She killed it, and couldn’t have had a better time being tipsy and dancing with my friends,” first-year Tessa Hallman said.

“When students all come together in a happy time, sober or not, it goes to show how much we need this,” Morrane said. “We truly needed a break from the past two years.”

Keffler said that she was excited to see D-Day improving year by year.

“This is what UR means when they say ‘ever better,’ right?” she said, laughing and mimicking a toast with her cup. “I know I said this last year, but I’m not being sarcastic when I say, I hope next year’s D-Day is even better.”

By Nadia Pentolino on Feb 5, 2023
It’s sad that things that are so normalized in other countries are considered weird in America – a country full of so many diverse cultures and ethnicities.
flu